The core mission of Network News cic is to promote and support the work of those individuals and communities in North Wales that are involved in sustainable and holistic projects, local and ethical economic activity, environmental awareness and improvement, creative and artistic pursuits, healthy living, voluntary work, and different approaches to personal, group and spiritual development. NN does this with the continued support of:

– the readers and subscribers
– the writers, illustrators and other contributors
– advertisers
– staff and volunteers
– shops and other centres where the magazine is sold
– participants, organisers and venue owners of the many featured events

Network News began in 1992 as a black and white printed folded sheet of A4 full of events put together by Henry Keyte. Over the period of the next decade, and after Henry’s death, later stewards of NN were Martin Gill, Peter Preston, Terry de Boo, Oriole Parker-Rhodes, Iona Fredenburgh, Richard Lund and Sheila Freeman; with regular contributors such as Adam May – who wrote monthly articles until his passing in October 2019. There has also been a constant number of men and women who generously offer their time to look after the subscriptions, events gathering, cover illustrations and treasurer responsibilities. Covers were hand drawn originally, followed by photographs of local sites; and the basis of how Network News looks today was led by the creativity of the founders. It began as a guide to link-up the like-minded folk of Anglesey and Gwynedd. It has since grown to cover all across North Wales and attracts advertisers and events from Chester and the Borderlands areas of North Wales.

In 2001, the stewardship was passed on to Jon Francis and later on in May 2007 the team decided to become a Community Interest Company (CIC) to reflect the sense of community ownership, with Jon Francis and his sister Sue Andrew taking responsibility. In 2008 Sue became the full time administrator and NN then turned full colour! During this year we also produced a sister publication “The Whole Guide to inspiring people and places in North Wales” ~ it was a labour of love! And full of all the people and groups who shone light on some of the inspiring projects and initiatives that are just around the corner. We also managed to publish one in 2011.

NN has been continuously produced every month and as of June 2020 we have published 325 editions. We are honoured to be part of this service-led activity.

Our current cover artist Femke van Gent made her first illustration in January 2003 and we have shared a wonderfully creative and inspirational relationship ever since. You can see more of Fem’s art work and projects  here: www.femkevangent.art

All the listings in the magazine are free to ensure the greatest possible inclusion. The cover price has been maintained at £2 for the last 10 years. We have also maintained subscription numbers, although overall sales are still being negatively affected by the continuing closure of small shops and community centres where the magazine has been sold. (You can subscribe here)

We started to take on printing the magazine ourselves on 100% Recycled Consumer Waste Paper and continue to reduce costs by using recycled printing machines and refillable toner cartridges.

The Network News team holds an informal review following the distribution of each issue of the magazine to assess the ongoing feedback from readers, advertisers, distributors and contributors ensuring that Network News continues to grow in quality, accuracy and relevance with each issue.

We continue to welcome volunteers for all aspects of the magazine production.

“another world is possible”

Some photos from our gallery: 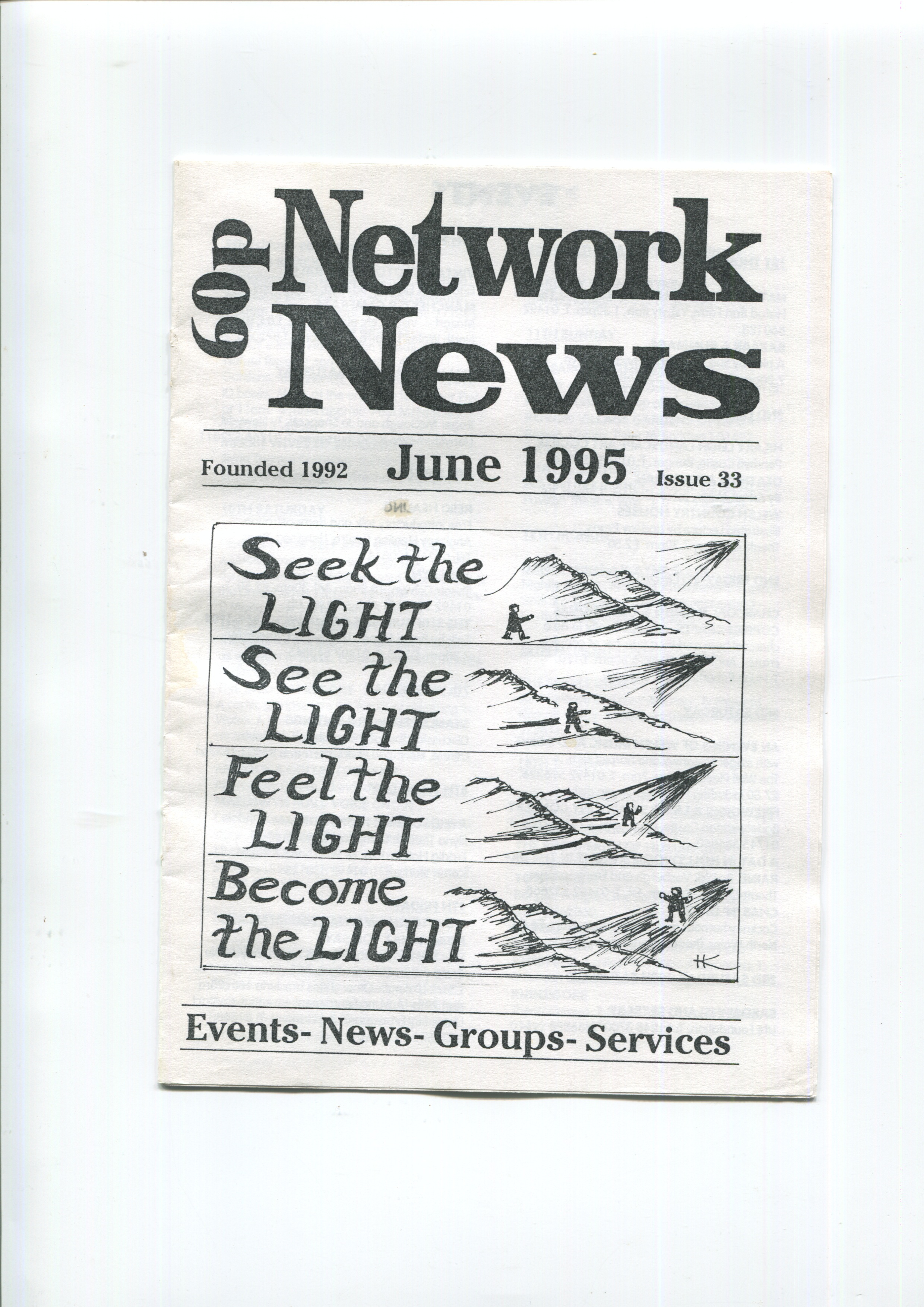